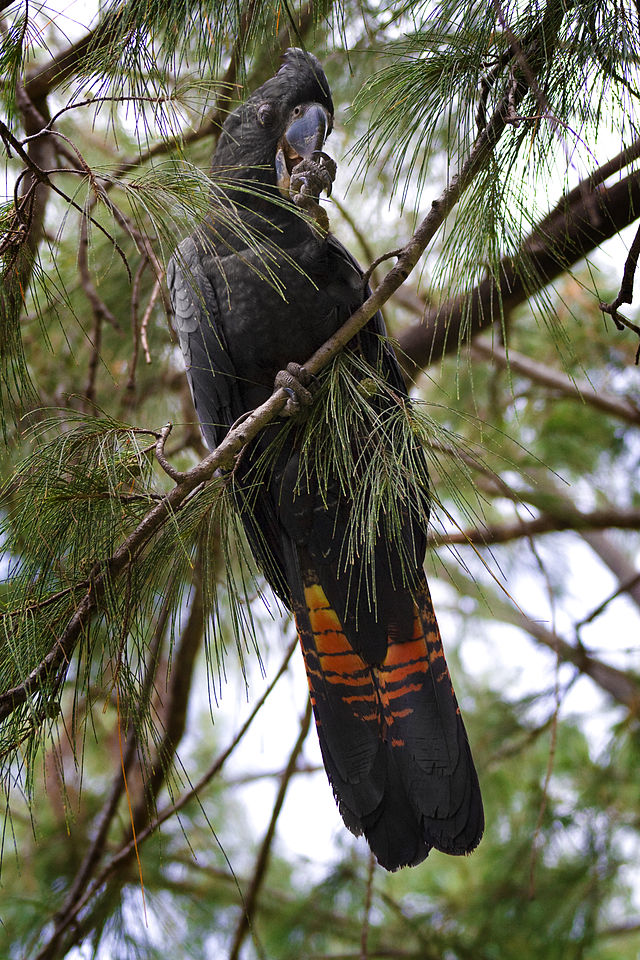 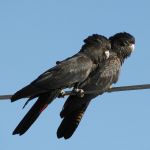 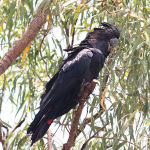 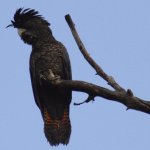 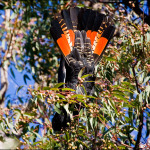 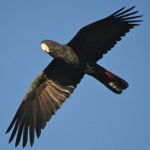 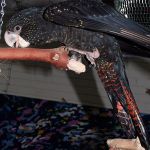 The Red-tailed Black Cockatoo (Calyptorhynchus banksii), also known as Banksian- or Banks’ Black Cockatoo, is a large black cockatoo native to Australia. Adult males have a characteristic pair of bright red panels on the tail that gives the species its name. It is more common in the drier parts of the continent. Five subspecies are recognised, differing most significantly in beak size.

Red-tailed Black Cockatoos are around 60 centimetres (24 in) in length and sexually dimorphic. The male’s plumage is all black with a prominent black crest made up of elongated feathers from the forehead and crown. The bill is dark grey. The tail is also black with two lateral bright red panels. Females are black with yellow-orange stripes in the tail and chest, and yellow grading to red spots on the cheeks and wings. The bill is pale and horn-coloured. The underparts are barred with fine yellow over a black base. Male birds weigh between 670 and 920 grams (1.5–2 lb), while females weigh slightly less at 615–870 grams (1.25–1.75 lb)