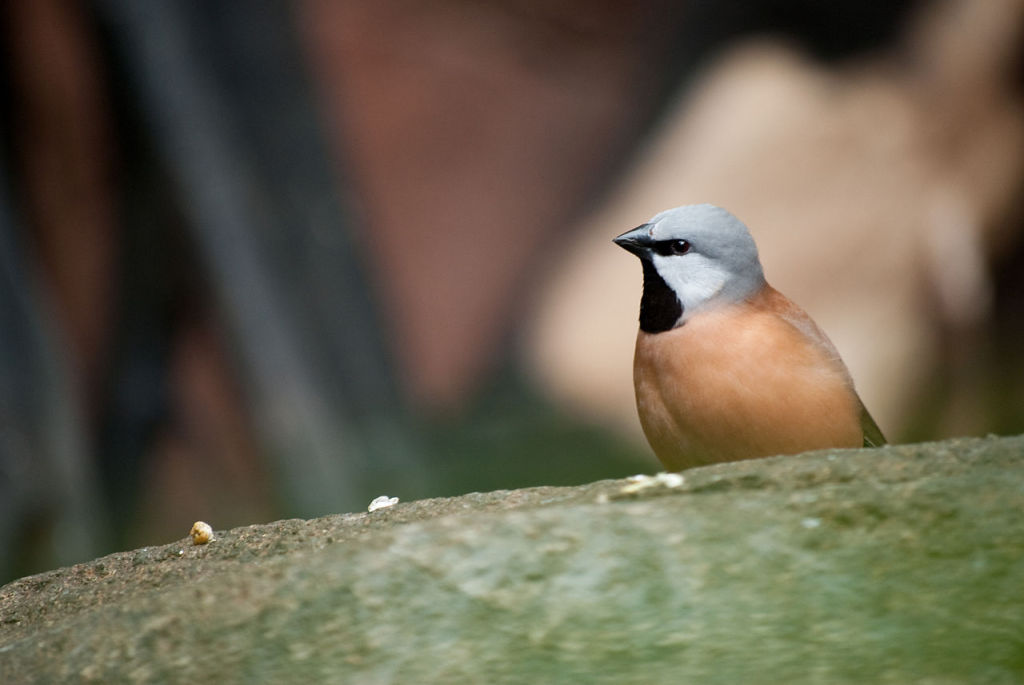 The Black-throated Finch (Poephila cincta), or Parson Finch, is a species of estrildid finch found in grassy woodlands throughout north-east Australia from Cape York Peninsula to north-east New South Wales. Measuring around 10 cm (4 in) in length, the Black-throated Finch has a short black bill, lores, and throat, sharply delineated from the rest of the pale grey head. The wings, breast and belly are pale pinkish brown, and the short tail is black, while the rump is black in northern forms and white in southern.

The Black-throated Finch was traditionally found from Cape York south through eastern Queensland and into northeastern New South Wales in the vicinity of Tenterfield, however has not been recorded in New South Wales since 1994. It is sedentary or locally nomadic. It is found in grassy open forested habitats,[7] generally near bodies of water such as rivers. The Black-throated Finch primarily eats seed from various species of grass, and also eats spiders and ants. In the wet season, birds also hunt flying termites.