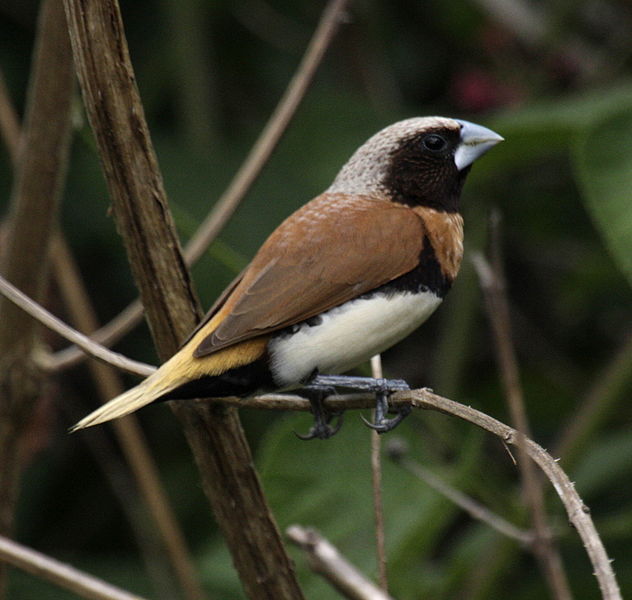 In Australia, the Chestnut-breasted Mannikin is known as a bird of reed beds and rank grasses bordering rivers, in swamp, in grassy country, and mangroves. It is commonly found in cane fields and cereal crops. In dry seasons, it is seen in arid country but always near water. It is also found in grassy woodland. (Slater et al. 1986).

In Australia, during the breeding season Chestnut-breasted Muniais mostly seen in pairs, but in late autumn and winter months it congregates in large flocks, at times eating seeds of cereal crops.
Chestnut-breasted Mannikin is a highly sociable species, flocking in large number outside the breeding season. Breeding birds will join groups or flocks when foraging.
It has a distinct liking for Barley seed and thus the local people give it a name, Barley Bird. (Cayley 1932) The species is also fond of paspalum grass Paspalum longifolium, bullrush millet Pennisetum typhoides and Sorghum species. It is also been recorded that it feeds on feral millet Pannicum maximum and wild sugar cane Saccharum robustum in Papua New Guinea. (Bapista 1990)