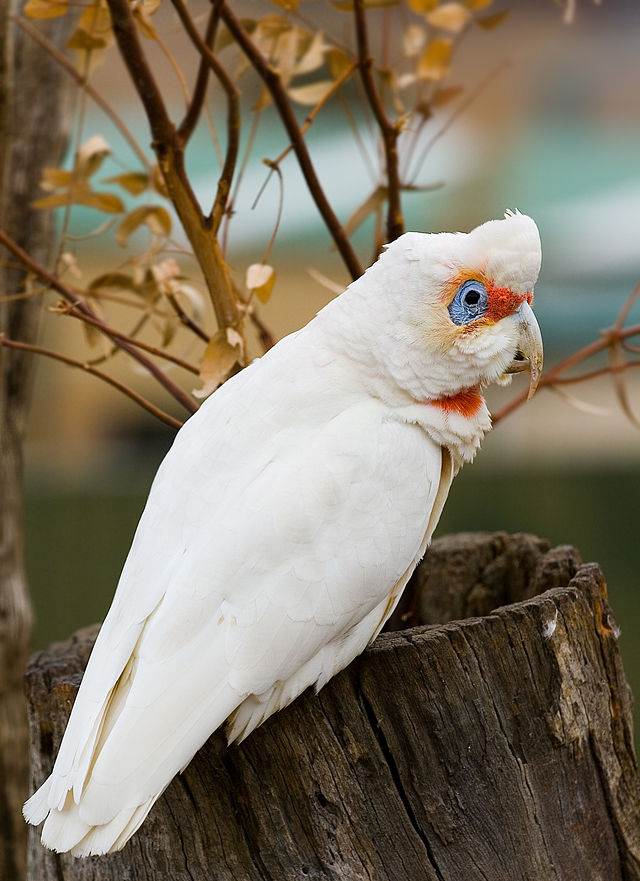 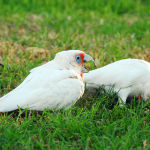 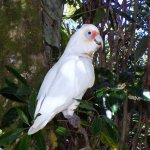 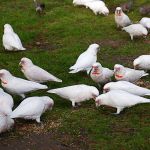 The Long-billed Corella (Cacatua tenuirostris) is a cockatoo native to Australia, which is similar in appearance to the Little Corella and Sulphur-crested Cockatoo. This species is mostly white, with a reddish-pink face and forehead, and has a long pale beak, which is used to dig for roots and seeds. It has reddish-pink feathers on the breast and belly.

The adult Long-billed Corella measures from 38 to 41 cm in length, has a wingspan of about 80–90 cm and averages 567 g in weight. It has a long bone-coloured beak, and a rim of featherless bluish skin around the eyes. The plumage is predominantly white with reddish feathers around the eyes and lores. The underside of the wings and tail feathers are tinged with yellow

Long-billed Corellas are now popular as pets in many parts of Australia, although they were formerly uncommon, and their captive population has stabilised in the last decade. This may be due to their ability to mimic words and whole sentences to near perfection. The long-billed corella has been labeled the best “talker” of the Australian Cockatoos, and possibly of all native Psittacines.