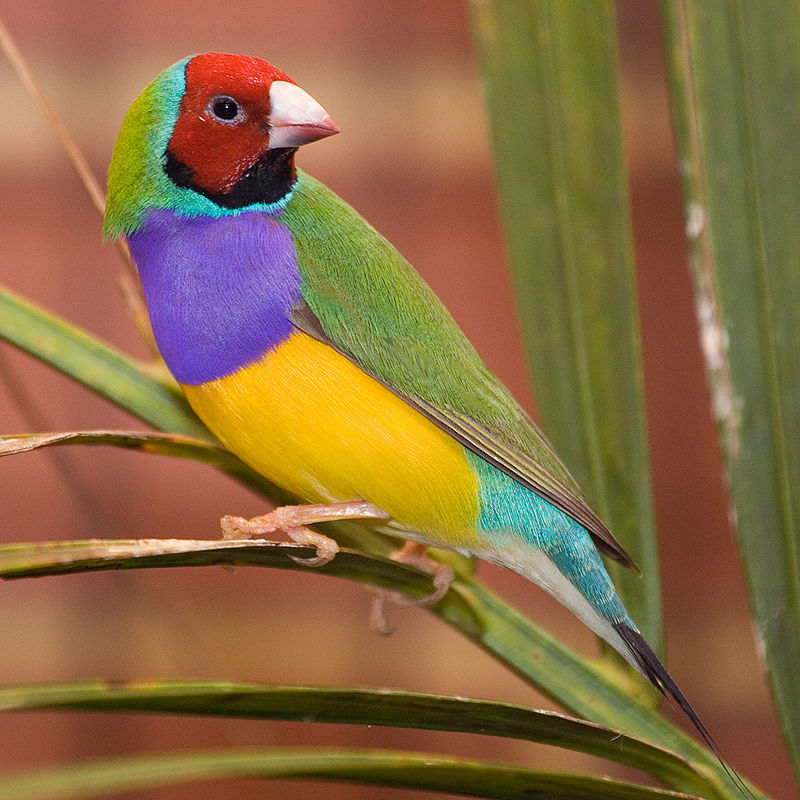 The Gouldian Finch (Erythrura gouldiae), also known as the Lady Gouldian Finch, Gould’s Finch or the Rainbow Finch, is a colourful passerine bird endemic to Australia. Both sexes are brightly colored with black, green, yellow, and red markings. The females tend to be less brightly colored. One major difference between the sexes is that the male’s chest is purple, while the female’s is a lighter mauve.

Gouldian Finches are about 130–140 mm long. Gouldian Finches’ heads may be red, black, or yellow. Formerly considered three different kinds of finches, it is now known that these are colour variants that exist in the wild.[3] Selective breeding has also developed mutations (blue, yellow and silver instead of a green back) in both body and breast color.

Like other finches, the Gouldian Finch is a seed eater. During the breeding season, Gouldian Finches feed mostly on ripe or half-ripe grass seeds of sorghum. During the dry season, they forage on the ground for fallen seed. During the wet season, spinifex grass seed (Triodia sp.) is an important component of their diet. So far Gouldians have been recorded as consuming six different species of grass seed, but during crop analysis, researchers have yet to find evidence of insect consumption.