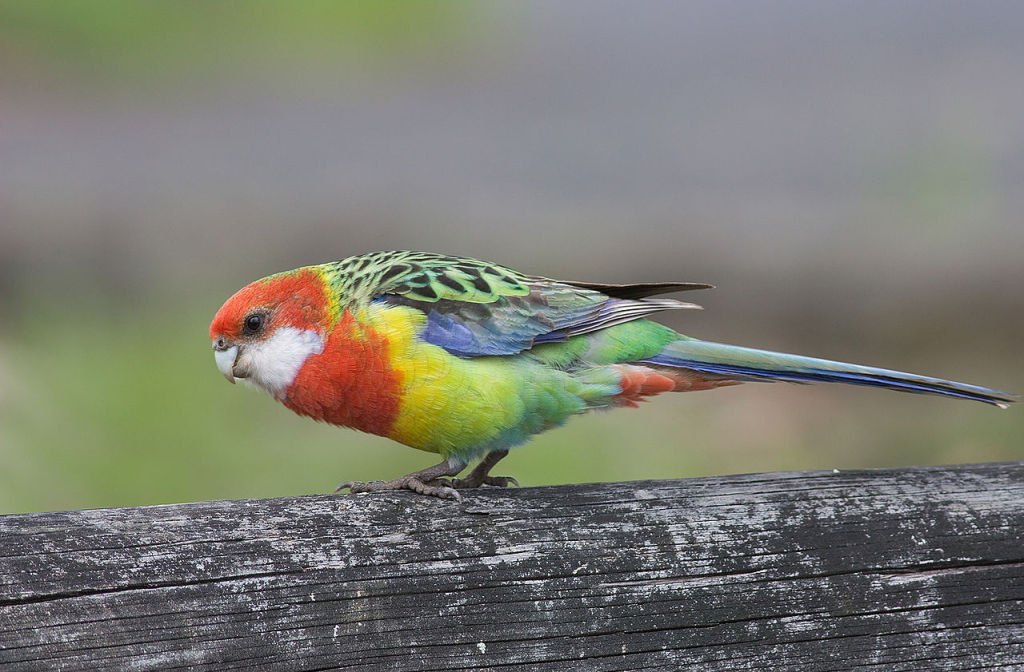 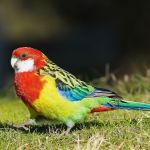 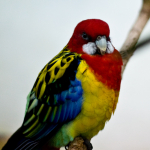 The eastern rosella is 30 cm (12 in) long. It has a red head and white cheeks. The beak is white and the irises are brown. The upper breast is red and the lower breast is yellow fading to pale green over the abdomen. The feathers of the back and shoulders are black, and have yellowish or greenish margins giving rise to a scalloped appearance that varies slightly between the subspecies and the sexes. The wings and lateral tail feathers are bluish while the tail is dark green. The legs are grey.

The eastern rosella (Platycercus eximius) has become naturalised in New Zealand. By the 1970’s the population, probably originally from cage escapees, strongly established throughout Auckland, Northland, & the far north, extending into west Waikato, as far south as Kawhia, & Te Kuiti, & East to the Coromandel Peninsula. Also in the Wellington-Hutt Valley Region, established in the 1960’s from escaped cage birds, later colonising the foothills of the Tararua Range, to Eketahuna in the east, & Otaki in the west (range up to 1985).