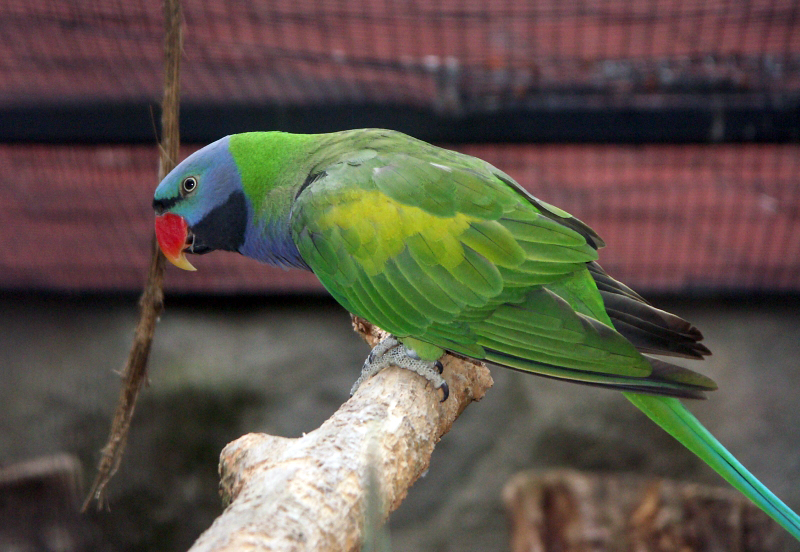 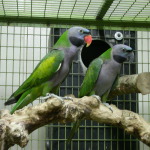 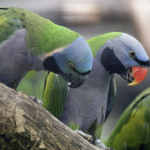 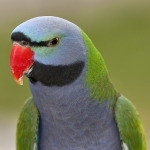 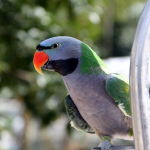 The Lord Derby’s Parakeet (Psittacula derbiana), also known as Derbyan Parakeet, is a monotypic parrot species, which is confined to small pocket of moist evergreen forest in the hills of the Indian state of Arunachal Pradesh and the adjoining parts of Tibet. The species suffers from poaching for the illegal wildlife trade and fetches a high price in the black market. It is perhaps the rarest of all species of Psittacula in mainland Asia. As of the 2011 IUCN Red List of Threatened Species its status was updated from Least Concern to Near Threatened.[citation needed] The adult male and female are easily distinguished because they have different beak colours and slightly different plumage.