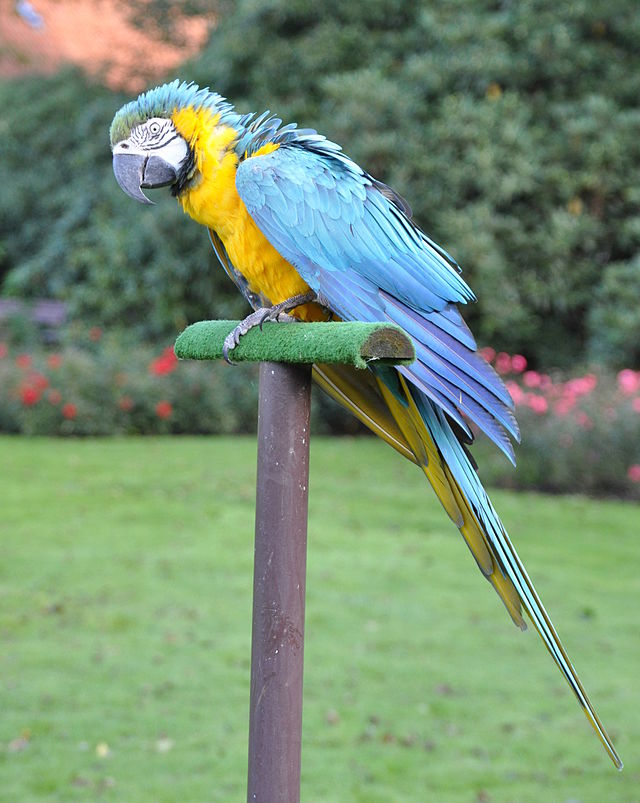 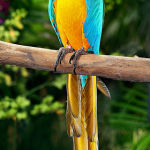 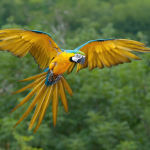 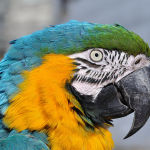 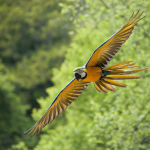 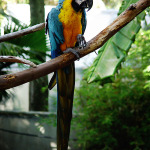 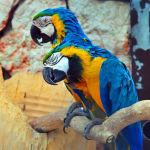 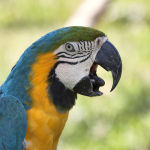 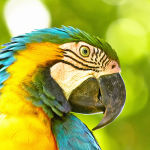 The blue-and-yellow macaw (Ara ararauna), also known as the blue-and-gold macaw, is a large South American parrot with blue top parts and yellow under parts. It is a member of the large group of Neotropical parrots known as macaws. It inhabits forest (especially varzea, but also in open sections ofterra firme or non-flooded forest) and woodland of tropical South America.

These birds can reach 76 to 86 cm (30 to 34 in) long and weigh 900 to 1500 grams (1.9 to 3.3 lbs), making it one of the larger members of its family. They are vivid in appearance with blue wings and tail, dark blue chin, golden under parts, and a green forehead. Beaks are black. The naked face is white, turning pink in excited birds, and lined with small black feathers.

This species occurs in Venezuela and south to Peru, Brazil, Bolivia, and Paraguay. The range extends slightly into Central America, where it is restricted to Panama. The species’ range formerly included Trinidad, but it became extinct there by 1970 as a result of human activities. Between 1999 and 2003, wild caught blue-and-gold macaws were translocated from Guyana to Trinidad, in an attempt to reestablish the species in a protected area around Nariva swamp.

Macaws primarily eat nuts, seeds and fruits. Occasionally they consume clay at riverbeds, in order to filter out toxins obtained from any unripe nuts they have consumed.