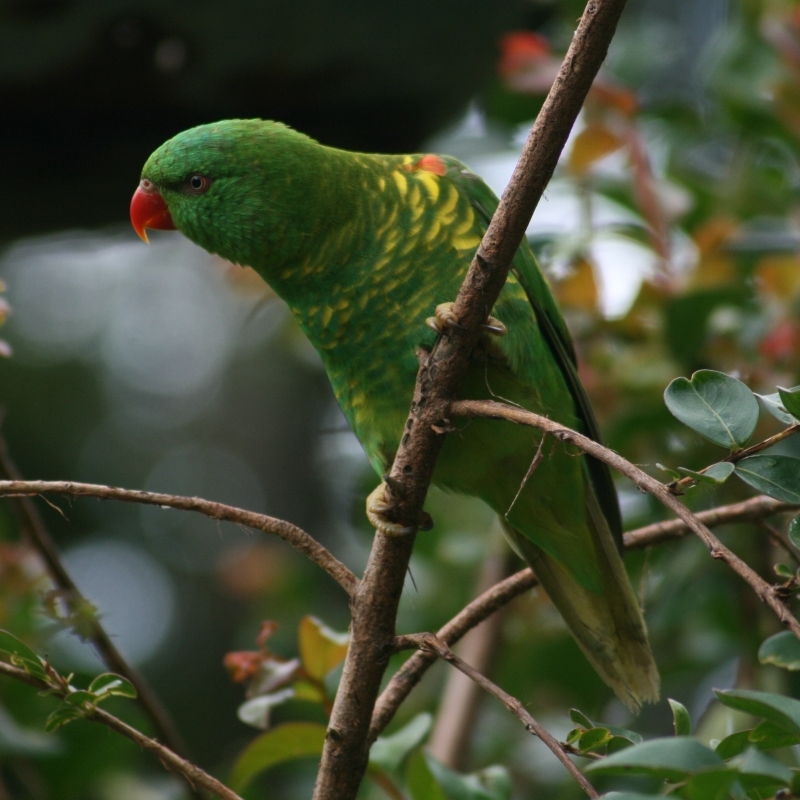 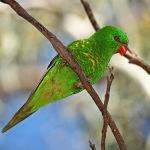 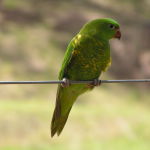 The scaly-breasted lorikeet is about 23 cm (9.0 in) long. The crown and sides of head are emerald-green slightly tinged with blue, while the feathers of the back of the neck and throat and breast are yellow, broadly edged with green, giving scaly appearance. The tail is green with the base of the outer tail-feathers marked with orange-red. The lower flanks, thighs and undertail-coverts green are strongly marked with yellow, while the underwing-coverts are orange-red. They have orange-red eyes, and their bills (beaks) are dark coral-red. Their legs are generally grey-brown.

Scaly-breasted lorikeets have similar habits to the related rainbow lorikeet, and the two species often group together in mixed flocks. Both species feed mainly on nectar, such as that from the broad-leaved paperbark (Melaleuca quinquenervia),[4] and pollen, but they also eat blossoms, berries, other fruit, and insects and their larvae. They are very fond of cultivated fruits and often cause damage in orchards; they also raid sorghum and maize crops to feed on unripe milky grain.