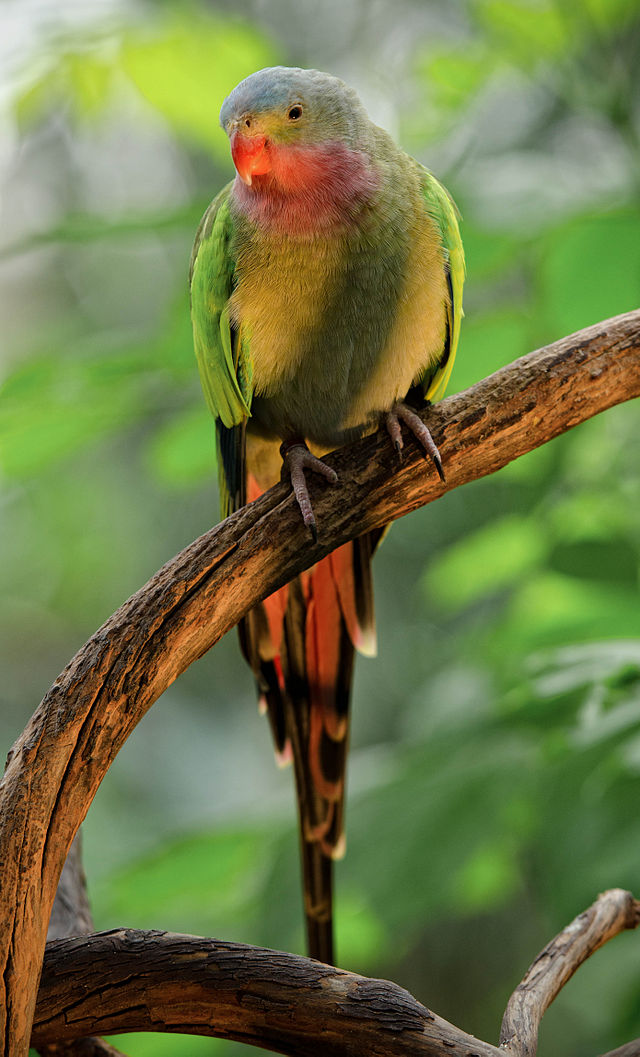 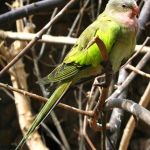 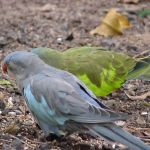 The princess parrot is a medium sized parrot, 34 to 46 cms long and weights between 110 and 120 grams. The plumage is mostly green with a pink throat, bluish crown, and bright green shoulders. The rump is blue and the tail is long and narrow. The males have longer tail feathers and brighter coloring than females. The male also has a coral-red beak, while the female’s is duller and has a greyish crown. Another difference is that the male has an orange iris, while the female’s is much browner. In addition, the male of the species has a longer, projecting extension from the end of the 3rd primary (flight) feather on each side. This projection is called a ‘spatula’ or ‘spatule”. It appears in mature male birds.