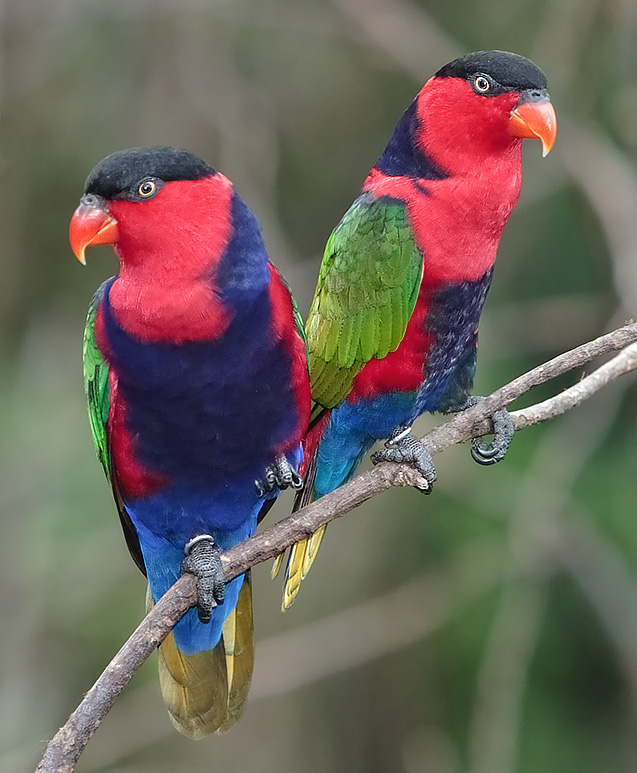 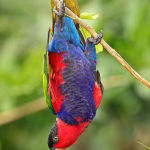 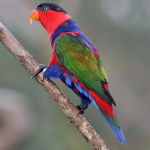 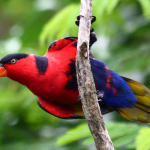 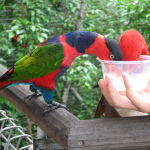 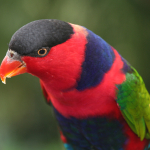 The black-capped lory (Lorius lory) also known as western black-capped lory or the tricolored lory, is a parrot found in New Guinea and adjacent smaller islands. It is a colorful and relatively robust lory (31 cm). There are seven subspecies, all with green wings, red heads and body around the wing, a black cap, grey-black cere, yellow underwings, and blue legs and belly. Most also have a blue nape and mantle (area between wings on the back).