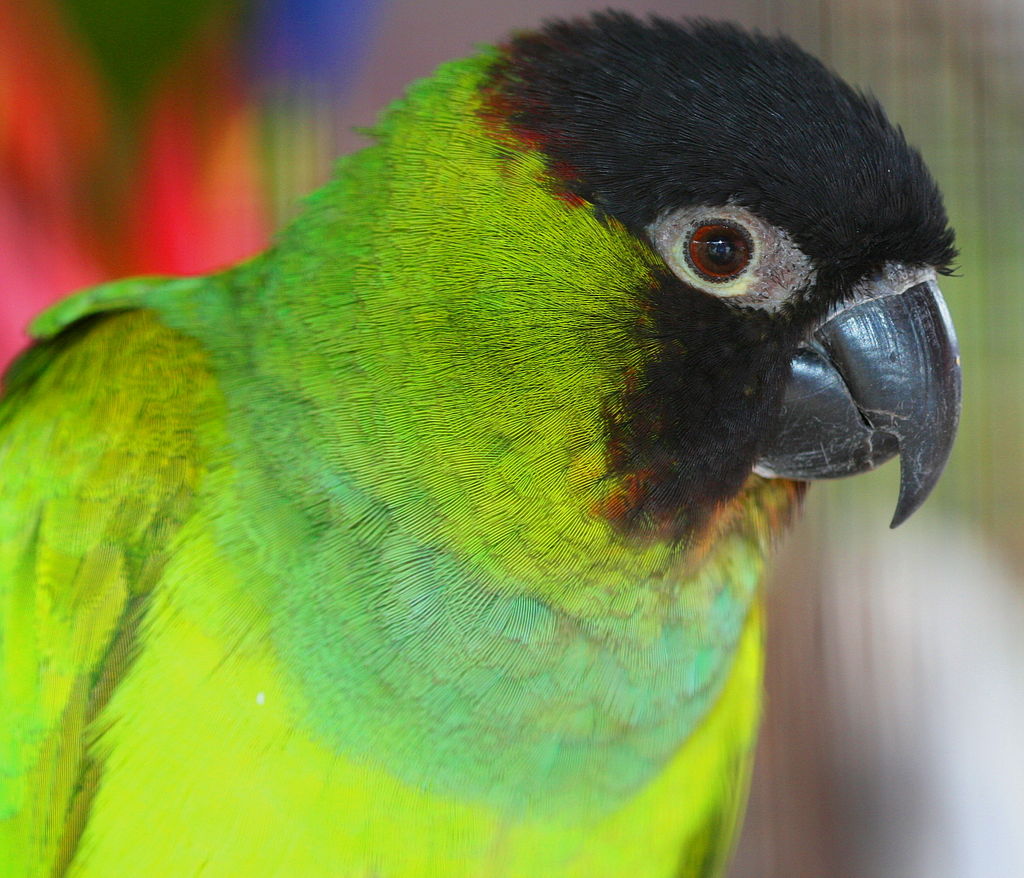 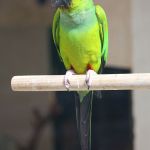 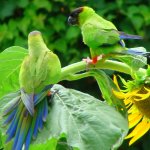 The nanday parakeet (Aratinga nenday) also known as the black-hooded parakeet or nanday conure is a medium-small mostly green Neotropical parrot. The bird is native to South America from southeast Bolivia to southwest Brazil, central Paraguay and northern Argentina, from the region known as the Pantanal. Caged birds have been released in some areas and the birds have established self-sustaining populations in Los Angeles, California, San Antonio, Texas, and several areas of Florida (including St. Petersburg, Bradenton, Broward County, and Miami-Dade County). Another self-sustaining population has existed for several decades in Israel, near the city of Pardes Hanna-Karkur.

The bird feeds on seeds, fruit, palm nuts, berries, flowers and buds. Feral birds will also come to bird feeders. Wild birds primarily use scrub forest and forest clearings around settlements. It frequents open savannah, pastures and stockyards in South America where it is considered a pest in some areas.