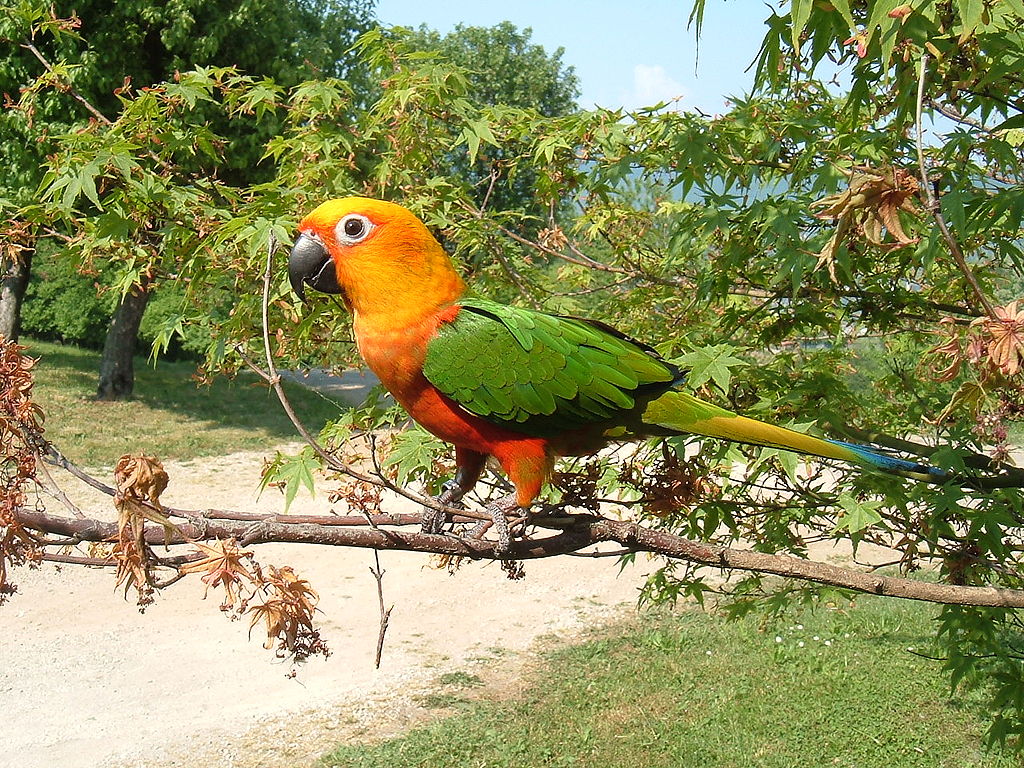 The bird has a wide range but is locally rare in the wild; they are common in aviculture where they are known as “jenday conures”.

It has an extremely large range in northeastern Brazil in the states of Piaui, Maranhao, Tocantins and Ceara, and portions of Pará. It is found in lowland deciduous woodland and palm groves.

n the wild it has a predilection for various fruits including mango and cashew apples as well as palm nuts, and an unfortunate attraction to plants cultivated by humans (rice, maize, members of the family Annonaceae, etc.).

Jandaya parakeets nest in tree hollows, typically choosing a location at least 15 m (50 feet) from the ground. In captivity, the hen lays 3–6 eggs, which she will then incubate for approximately 26 days. The young are fed by both parents and fledge after two months.