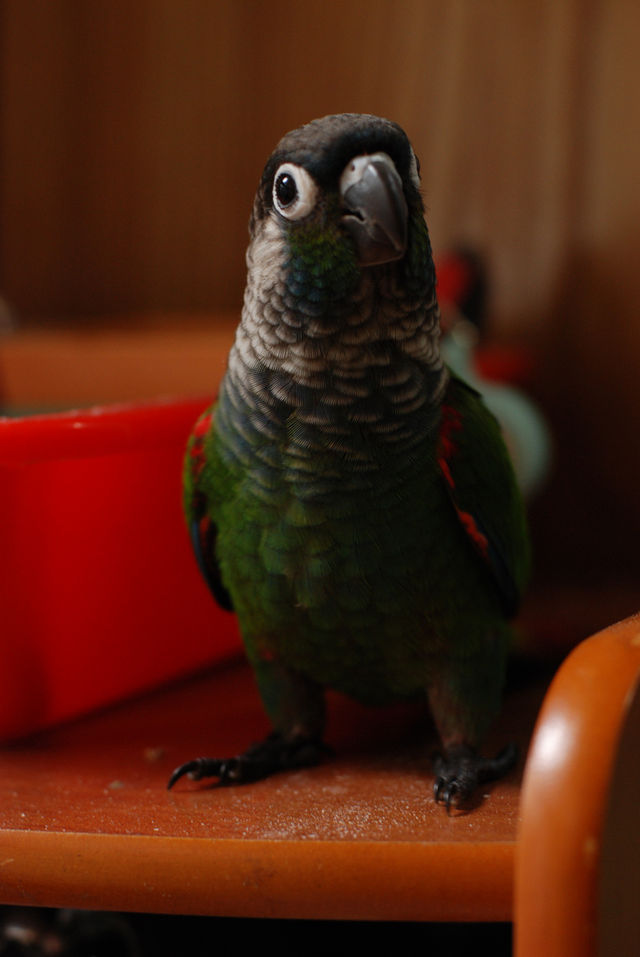 The pearly parakeet (Pyrrhura lepida), more commonly known as the pearly conure in aviculture, is a species of parrot that is endemic to east Amazonian forests in Brazil. Its taxonomic history is potentially confusing. It was formerly known as Pyrrhura perlata, but following a review it was discovered that the type specimen, long believed to belong to this species, actually was a juvenile of the closely related crimson-bellied parakeet. Consequently, P. perlata was transferred to that species, while the next name in line for the pearly parakeet, P. lepida, became its valid scientific name.