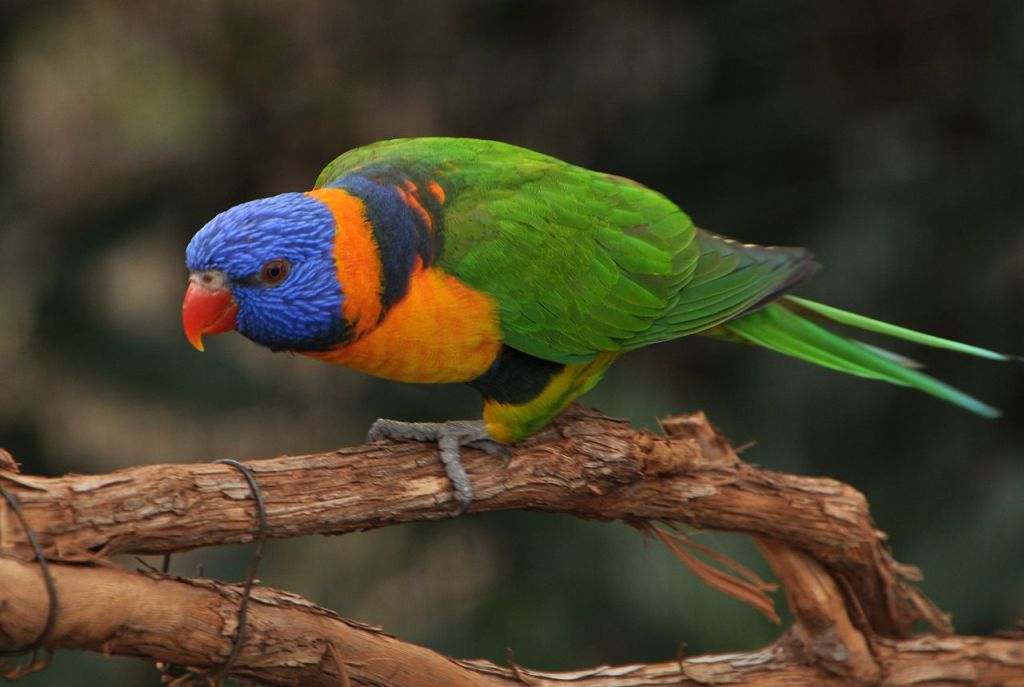 The red-collared lorikeet (Trichoglossus rubritorquis) is a species of parrot found in wooded habitats in northern Australia (north-eastern Western Australia, northern Northern Territory and far north-western Queensland). It is sometimes considered a subspecies of the rainbow lorikeet, but today most major authorities consider them as separate species. No other member of the rainbow lorikeet group has an orange-red collar over the nape. Every year at the end of the dry season, many of them display symptoms of apparent drunkenness. What causes this condition is unclear.