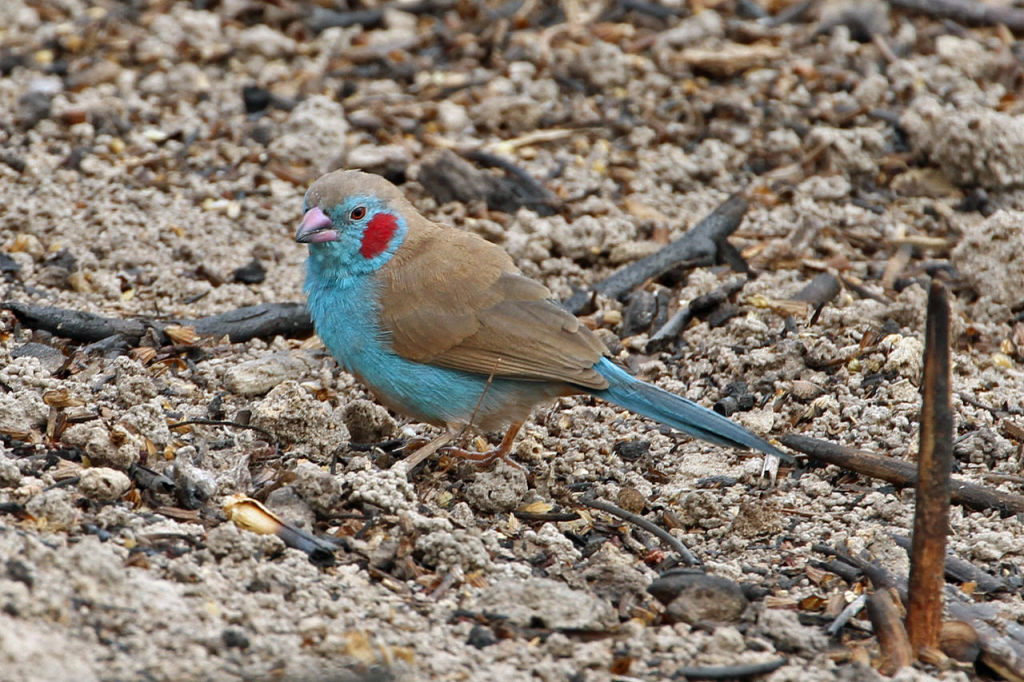 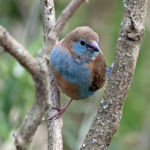 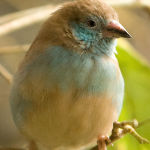 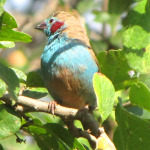 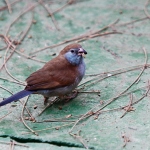 Like other members of its genus, the red-cheeked cordon-bleu is a very small finch, measuring only 12.5–13 cm (4.9–5.1 in) in length. It weighs 9.9 g (0.35 oz) on average, with known extremes in wild populations ranging from 8.9–11 g (0.31–0.39 oz). The adult male has uniformly brown upperparts, pale blue breast, flanks and tail and a yellow belly. There is a red patch on each cheek, but this can rarely appear orange or even yellow. Females are similar but duller, and lack the cheek spot. Immature birds are like the female, but with blue restricted to the face and throat.

The red-cheeked cordon-bleu is common and widespread across much of central and eastern Africa.

The red-cheeked cordon-bleu is a granivore, feeding principally on grass seeds, but also on millet and other small seeds. It is also known to feed sporadically on beeswax. Larger granivores, such as the pin-tailed whydah will chase cordon-bleus from food sources, limiting the feeding opportunities of the smaller birds and affecting their foraging success.