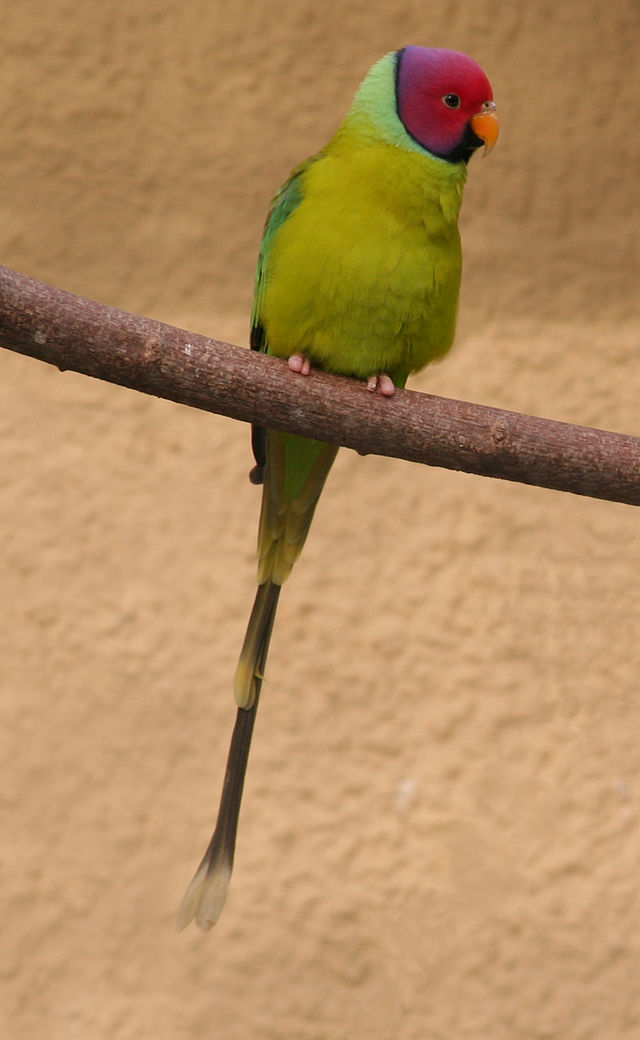 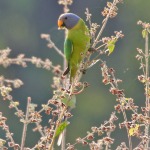 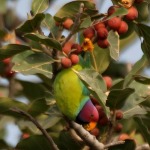 The Plum-headed Parakeet is a mainly green parrot, 33 cm long with a tail up to 22 cm. The male has a red head which shades to purple-blue on the back of the crown, nape and cheeks while the female has blueish-gray head. There is a narrow black neck collar with verdigris below on the nape and a black chin stripe that extends from the lower mandible. There is a red shoulder patch and the rump and tail are bluish-green, the latter tipped white. The upper mandible is orangish-yellow, and the lower mandible is dark. The female has a dull bluish grey head and lacks the black and verdigris collar which is replaced by yellow. The upper-mandible is corn-yellow and there is no black chin stripe or red shoulder patch. Immature birds have a green head and both mandibles are yellowish. The dark head is acquired after a year. The delicate bluish red appearance resembling the bloom of a peach is produced by a combination of blue from the optical effects produced by the rami of the feather and a red pigment in the barbules.

The Plum-headed Parrot is a bird of forest and open woodland. They consume grains, fruits, the fleshy petals of flowers (Salmalia, Butea) and sometimes raid agricultural fields and orchards.