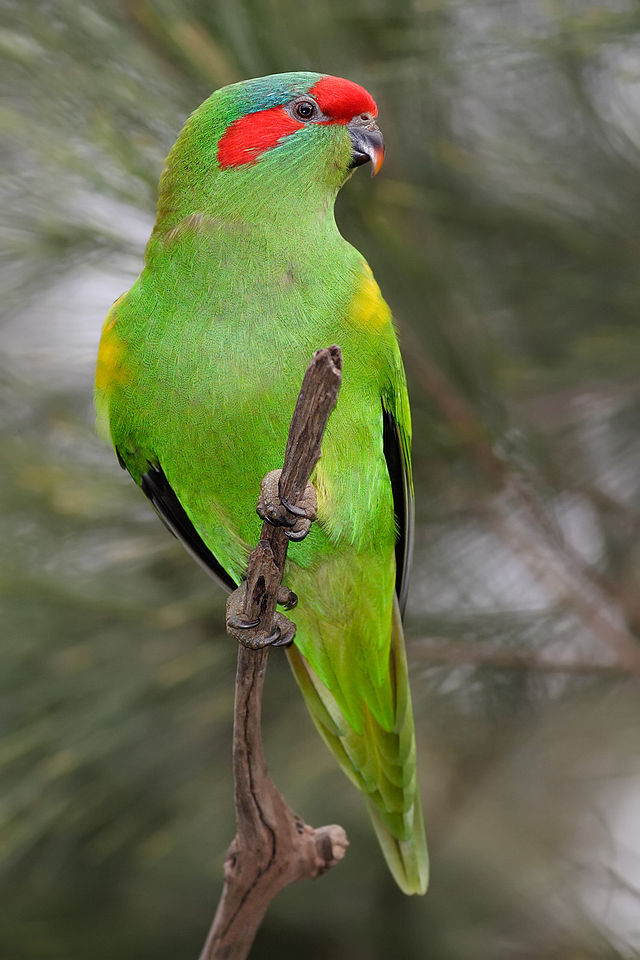 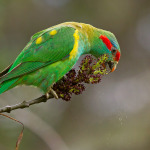 The musk lorikeet is 22 centimetres (8.7 in) long. It is mainly green and it is identified by its red forehead, blue crown and a distinctive yellow band on its wing. Both upper and lower mandibles of the beak are red at the tip and darker near its base. The blue area on the crown of the female is smaller and paler than seen on the male.