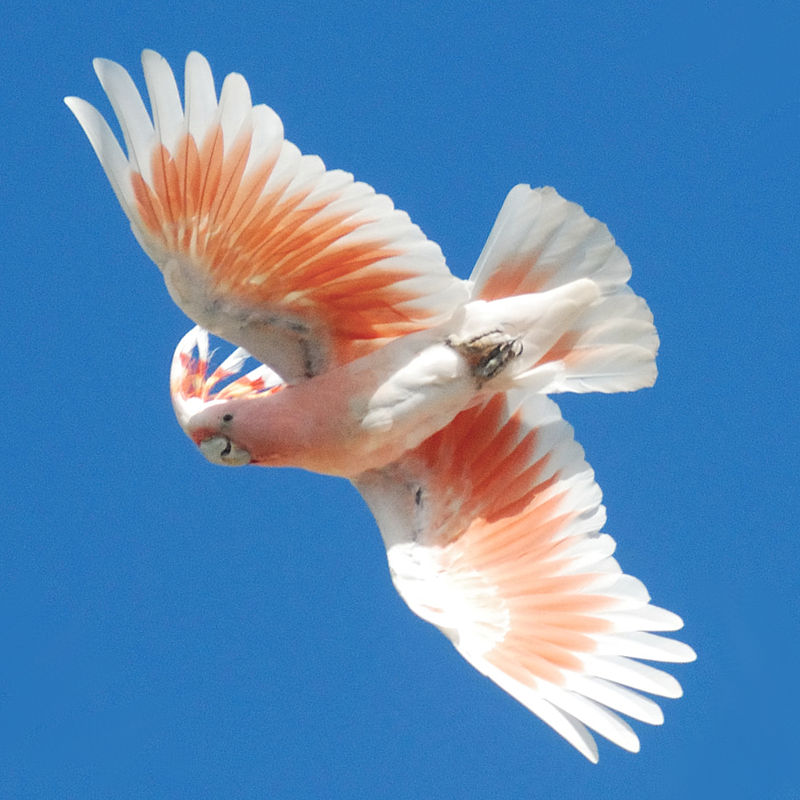 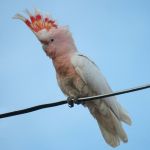 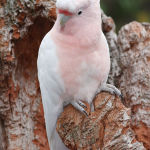 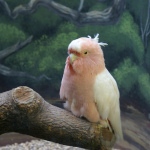 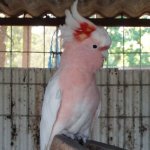 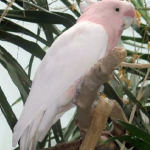 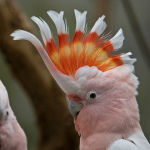 With its soft-textured white and salmon-pink plumage and large, bright red and yellow crest, it is generally recognised as the most beautiful of all cockatoos. It is named in honour of Major Sir Thomas Mitchell, who wrote “Few birds more enliven the monotonous hues of the Australian forest than this beautiful species whose pink-coloured wings and flowing crest might have embellished the air of a more voluptuous region”.

Nuts, seeds, roots and fruit. They have a preference of seeds of cypress pine callitris acacias.