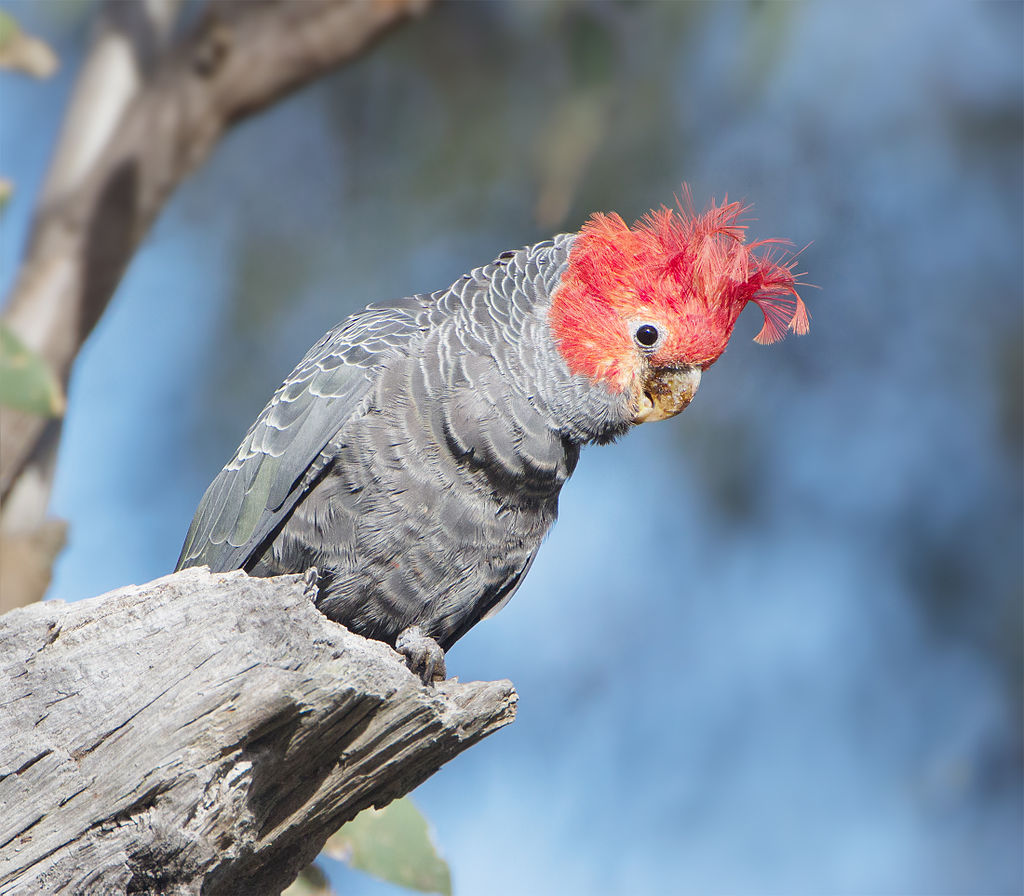 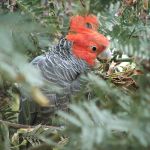 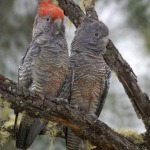 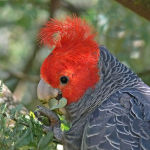 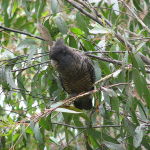 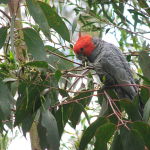 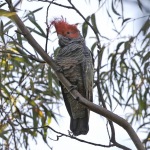 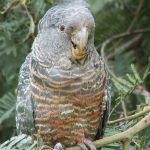 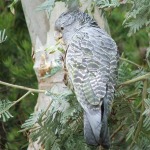 The Gang-gang Cockatoo, Callocephalon fimbriatum, is found in the cooler and wetter forests and woodlands of Australia, particularly alpine bushland. Mostly mild grey in colour with some lighter scalloping (more pronounced and buffish in females) the male has a red head and crest, while the female has a small fluffy grey crest. It ranges throughout south-eastern Australia. The Gang-gang Cockatoo is the faunal emblem of the Australian Capital Territory. It is easily identified by its distinctive call, which is described as resembling a creaky gate, or the sound of a cork being pulled from a wine bottle.

They feed on native native and introduced trees and shrubs, wattles, introduced hawthorns, berries fruits, nuts as well as insects and their larvae.