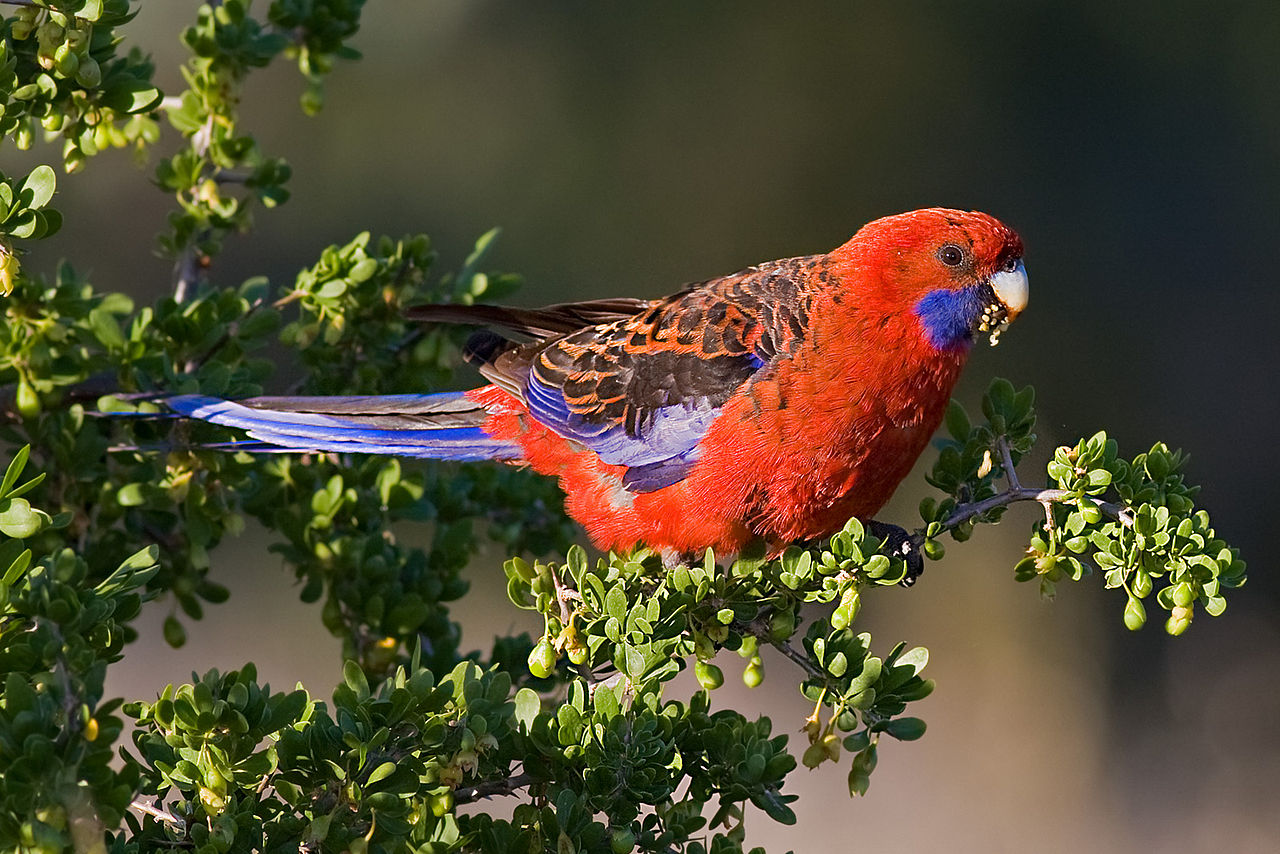 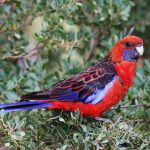 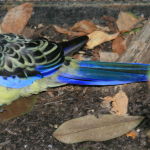 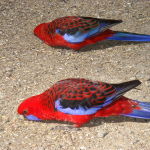 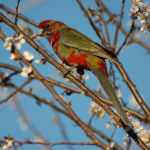 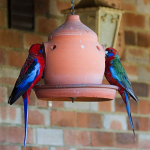 latycercus elegans is a medium-sized Australian parrot at 36 cm (14 in) long, much of which is tail. There are five subspecies, three of which are actually crimson. The red is replaced by yellow in the case of var. flaveolus and a mixture of red, orange and yellow in the Adelaide rosella.

Adults and juveniles generally show strikingly different colouration in south-eastern populations, with predominantly greenish-olive body plumage on the juvenile, most persistent on the nape and breast. Juveniles are said to ‘ripen’ as they get older and turn from green to red. All races have blue cheeks and black-scalloped blue-margined wings and predominantly blue tail with predominantly red coloration. The crimson rosella’s blue tail feathers are one of the favourite decorations of the satin bowerbird. The bill is pale grey and the iris dark brown.

Crimson rosellas forage in trees, bushes, and on the ground for the fruit, seeds, nectar, berries, and nuts of a wide variety of plants, including members of the Myrtaceae, Asteraceae, and Rosaceae families. Despite feeding on fruits and seeds, rosellas are not useful to the plants as seed-spreaders, because they crush and destroy the seeds in the process of eating them.