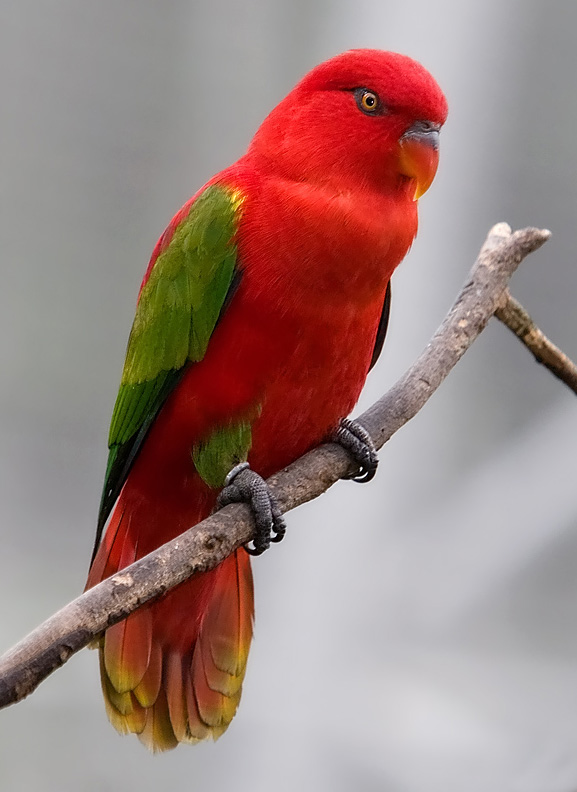 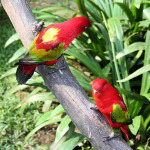 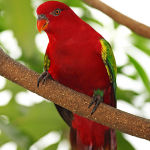 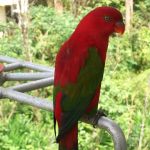 The chattering lory, Lorius garrulus, is a forest-dwelling parrot endemic to North Maluku, Indonesia. It is considered vulnerable, the main threat being from trapping for the cage-bird trade

The chattering lory is 30 cm (12 in) long. It is mostly red with an all-red head and an orange beak. The eyerings are grey and the irises are orange-red. The wings are mainly green and the angle of the wing is yellow. Its thighs are green. The tail is tipped with dark green. It has dark grey legs. It may or may not have a yellow area on its back depending on the subspecies.