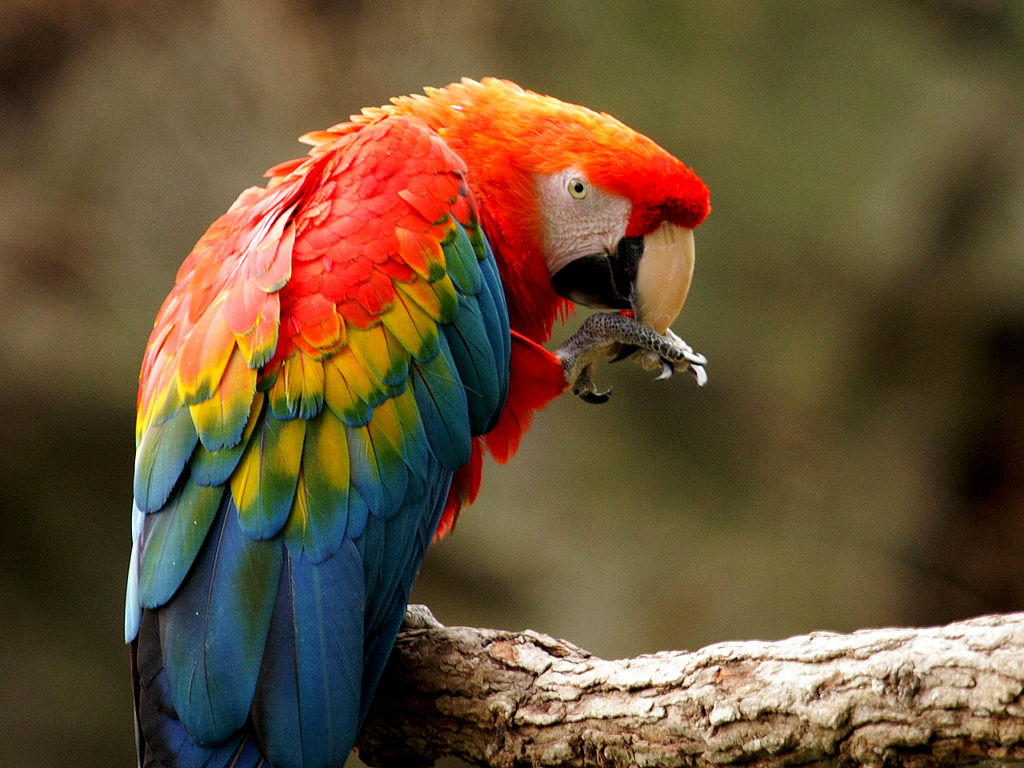 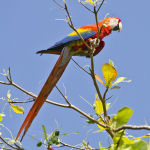 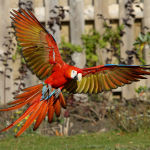 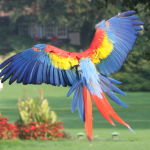 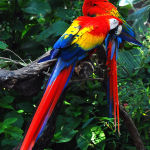 It is about 81 centimetres (32 in) long, of which more than half is the pointed, graduated tail typical of all macaws, though the scarlet macaw has a larger percentage of tail than the other large macaws. The average weight is about 1 kilogram (2.2 lb). The plumage is mostly scarlet, but the rump and tail-covert feathers are light blue, the greater upper wing coverts are yellow, the upper sides of the flight feathers of the wings are dark blue as are the ends of the tail feathers, and the undersides of the wing and tail flight feathers are dark red with metallic gold iridescence. Some individuals may have green in the wings.