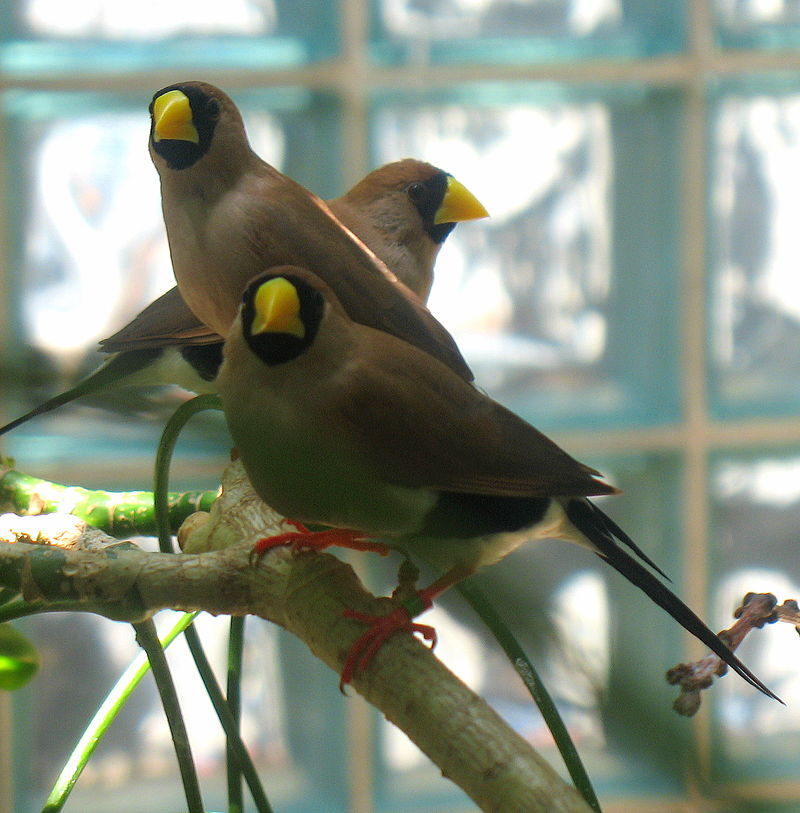 The Masked Finch (Poephila personata) is a small passerine bird in the estrildid finch family, Estrildidae. It is a common resident of dry savanna across northern Australia, from the Kimberley, across the Top End, the Gulf country and the southern part of Cape York Peninsula, as far east as Chillagoe, but always near water.The Masked Finch is 12.5-13.5 cm long. The male is larger, but the sexes are otherwise similar. It is cinnamon-brown above and paler below with a white rump, black mark on the flanks and black face mask. It has a heavy yellow bill and a pointed black tail. The eastern subspecies P. p. leucotis has whitish cheeks.

Pairs or small flocks of Masked Finches forage through the day, mostly on the ground for fallen grass seeds. In the evenings and early mornings, large numbers—sometimes thousands— can gather around waterholes to drink, bathe, and preen, flicking their tails sideways and chattering incessantly.